The threadfin butterflyfish chaetodon auriga is a species of butterflyfish family chaetodontidae. They also have a trademark black spot on the rear of the dorsal fin. Auriga sharm el sheikh red sea. 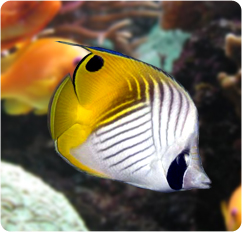 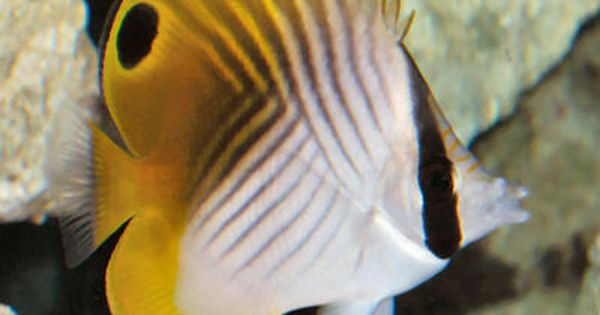 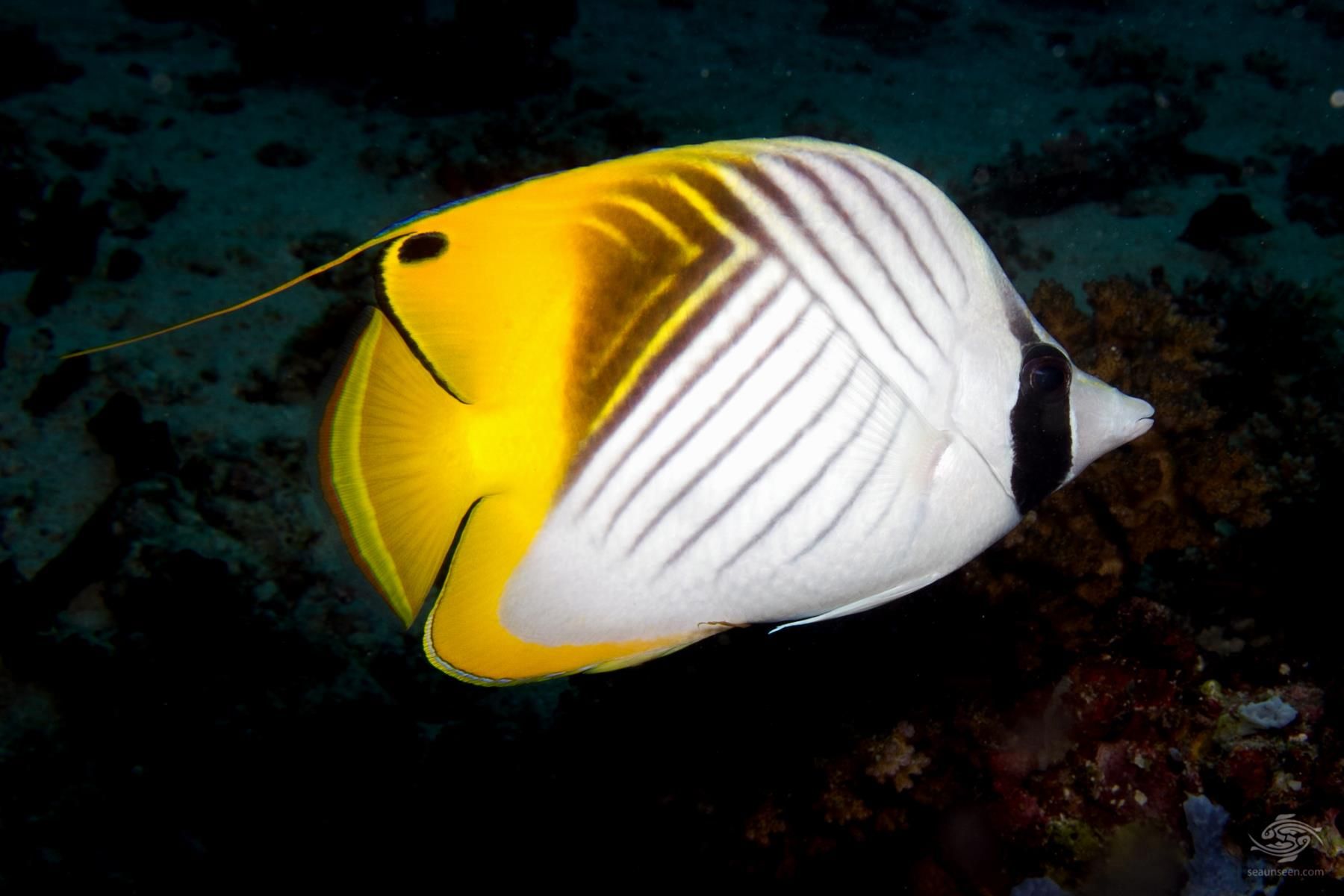 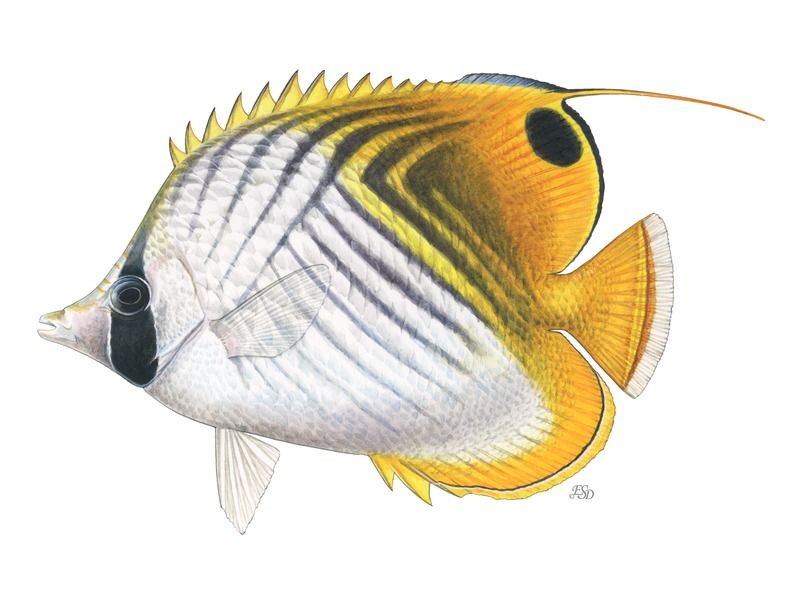 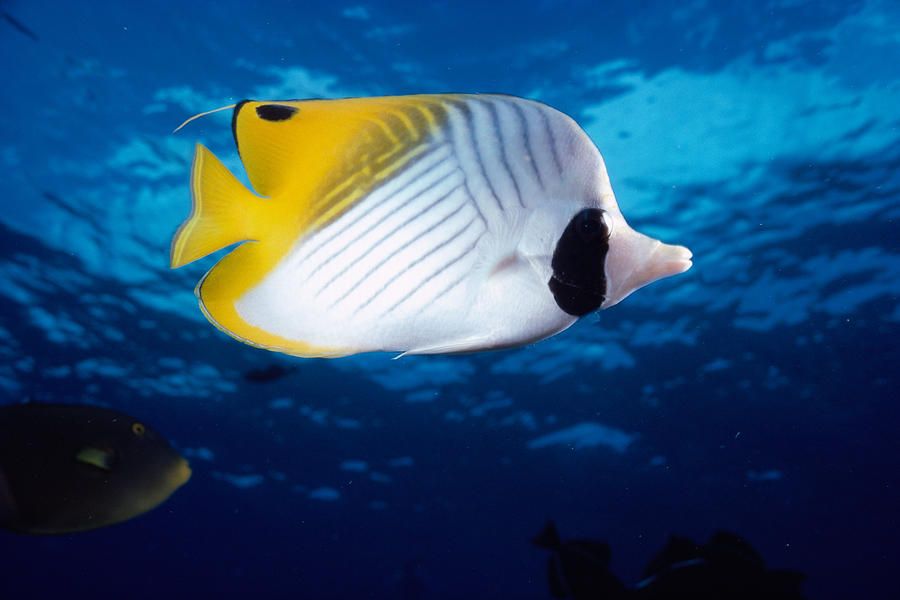 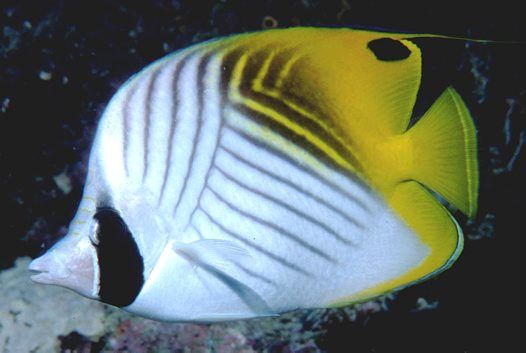 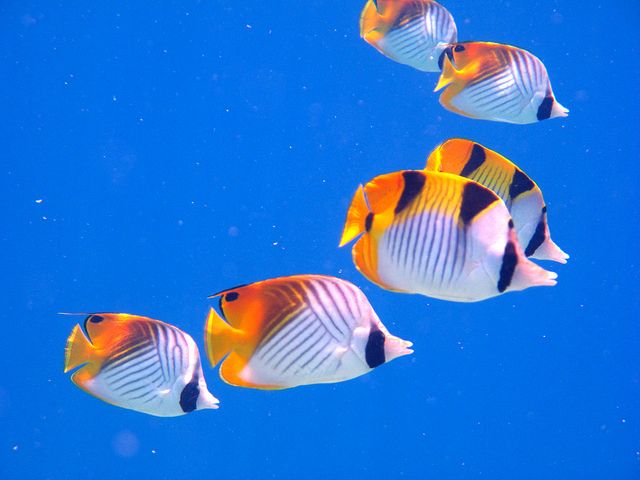 These fish have narrow elliptical bodies with dorsal fins that extend into a narrow spine.

Their common name comes from the filament that hangs off the back of the dorsal fin in adult fish. There is a dark spot on the soft dorsal fin and a black bar through the eye. This can be seen in the image above.

They are white with thick black lines around the eyes and thin ones across the body. The body is white with dark chevron shaped markings. They feed on algae.

Found singly pairs or in schools roaming over rubble and weedy areas of reefs rich in coral growth. The rear of the body and caudal peduncle are yellow. The threadfin butterflyfish is found in the indo pacific region growing up to 23cm in length. 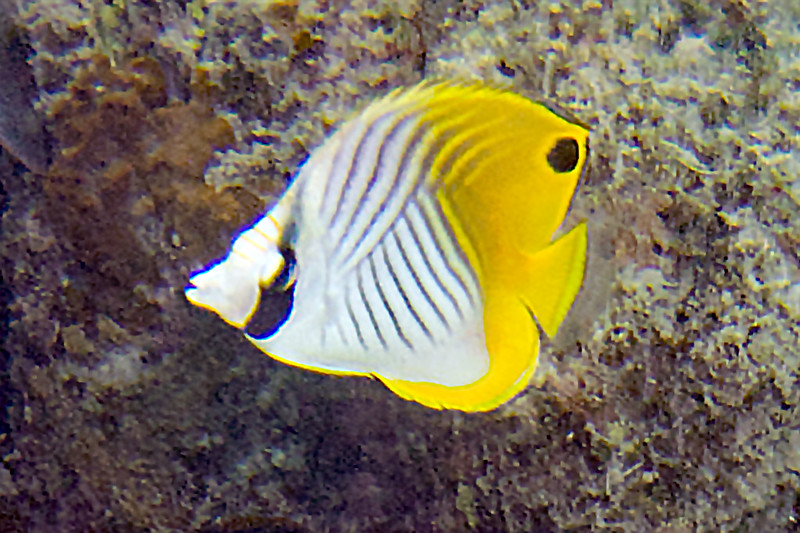 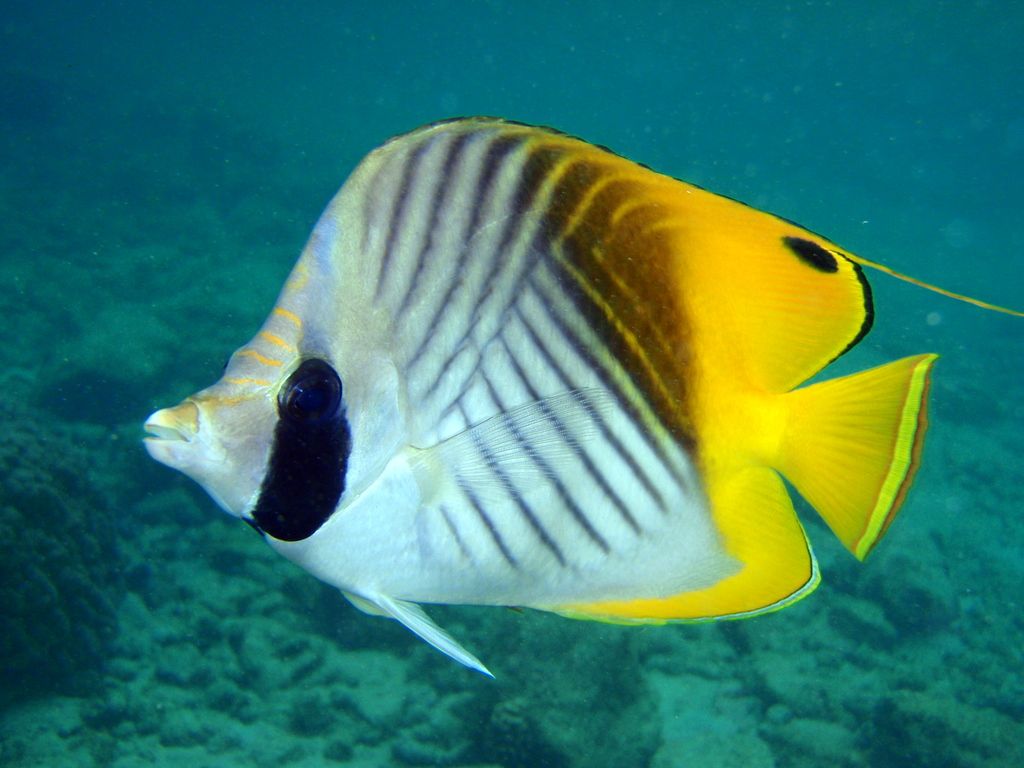 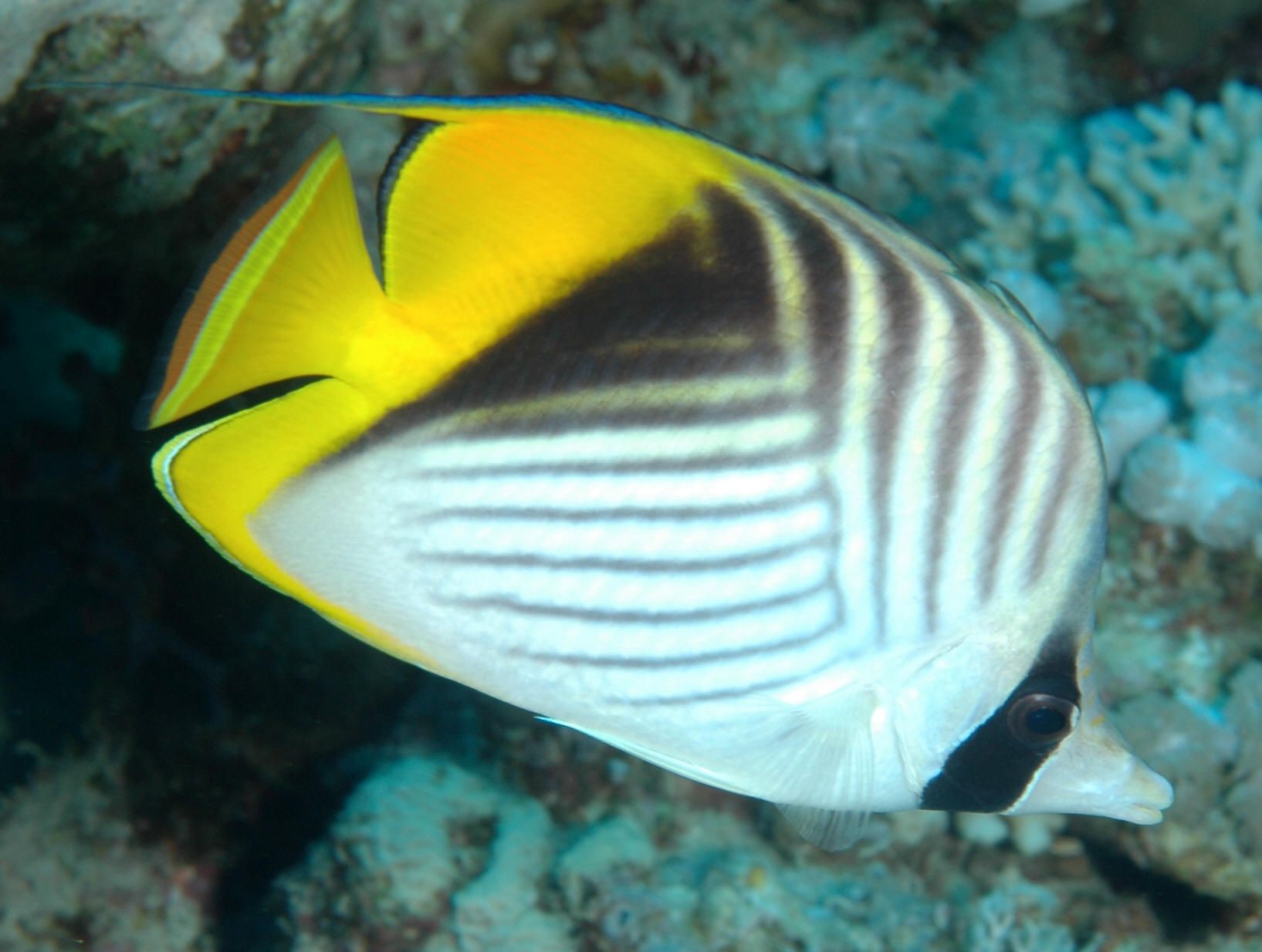 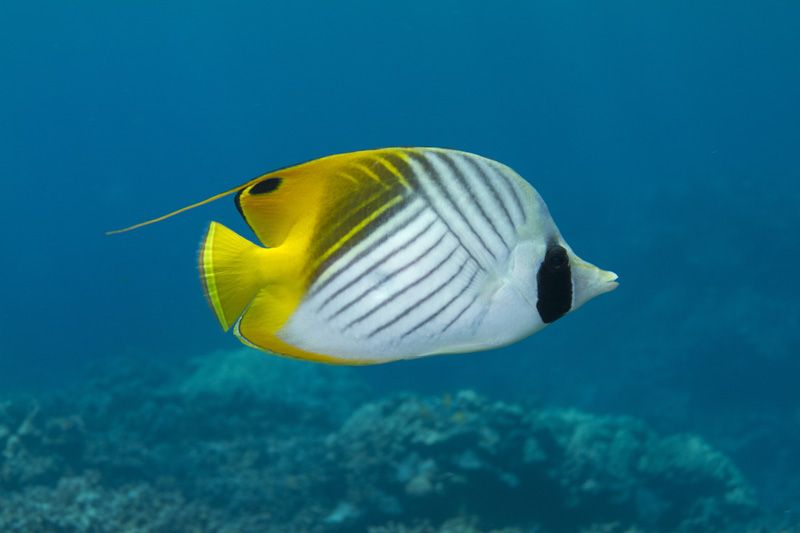 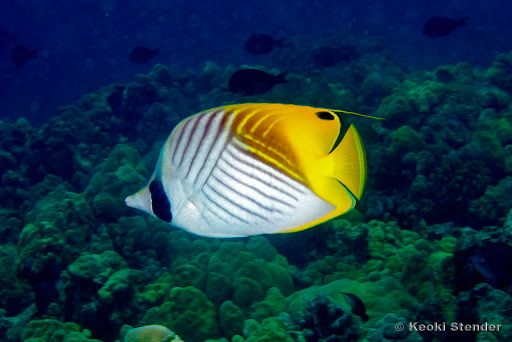 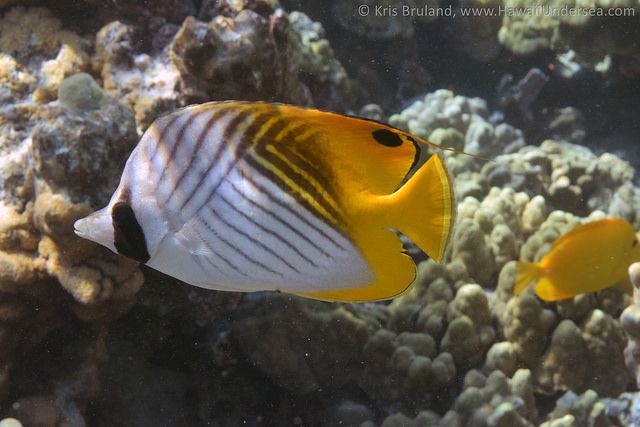 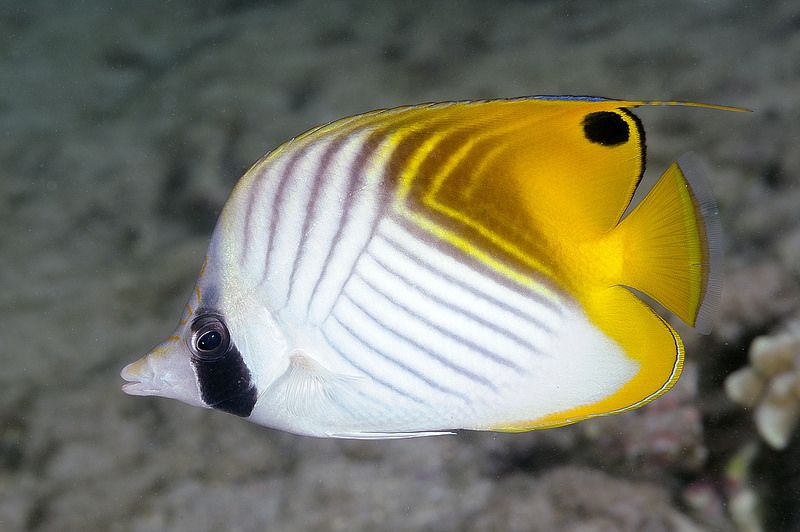 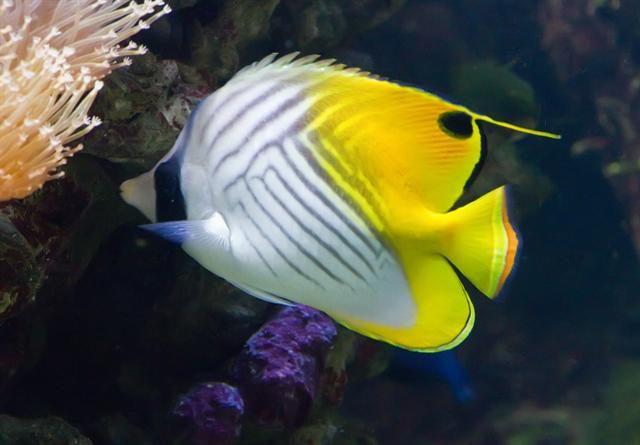 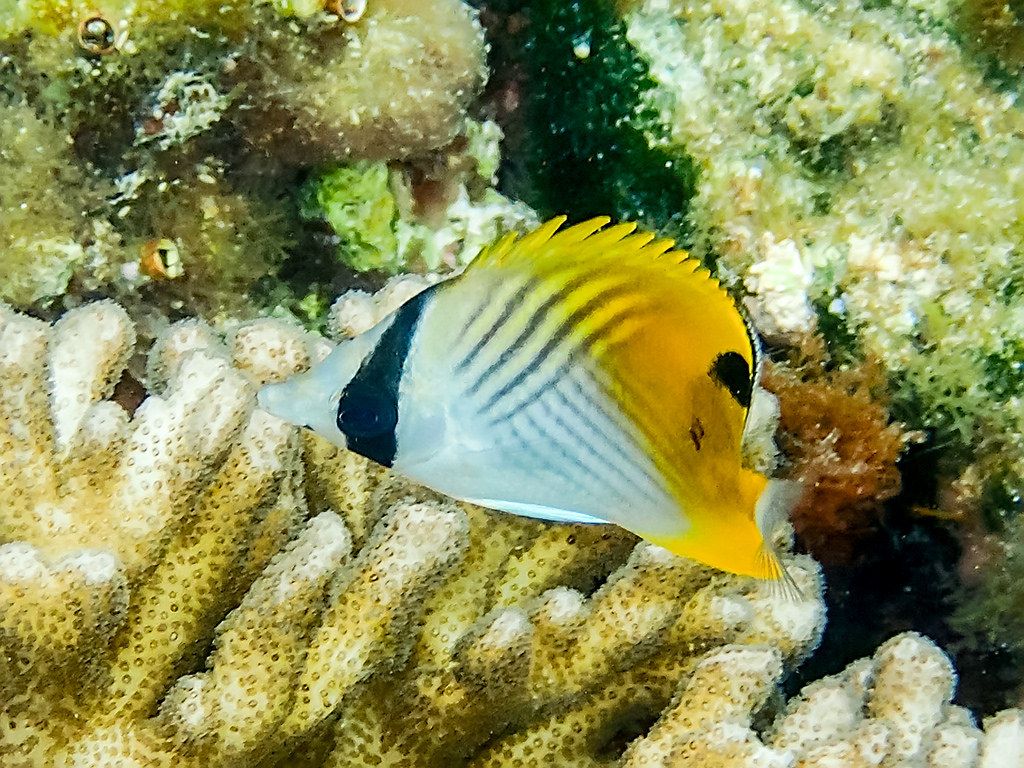 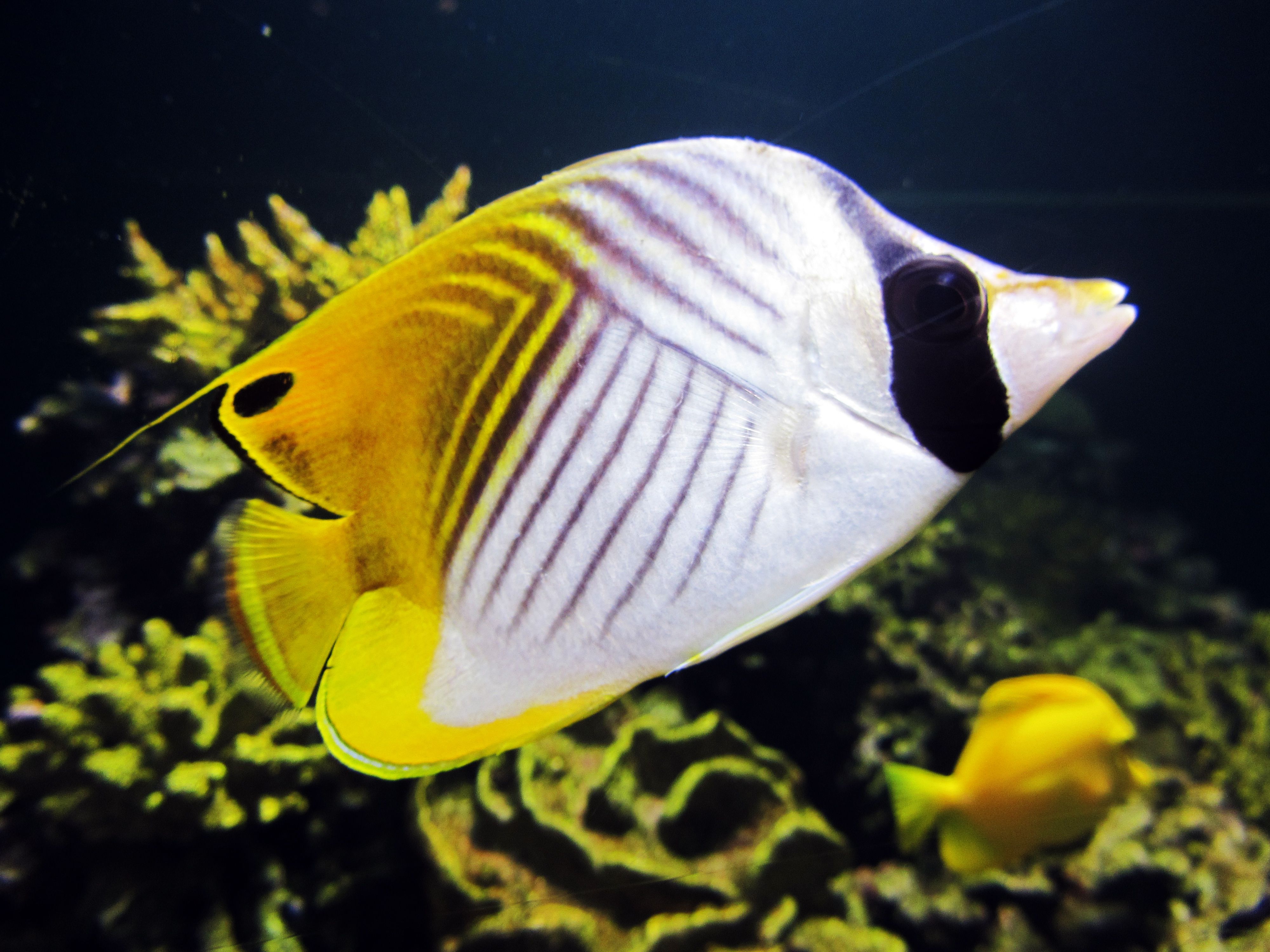 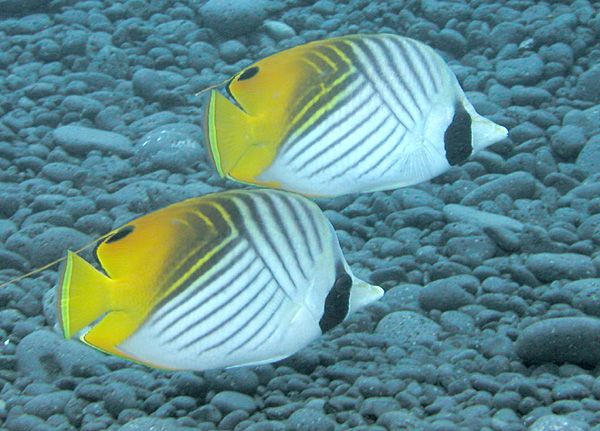 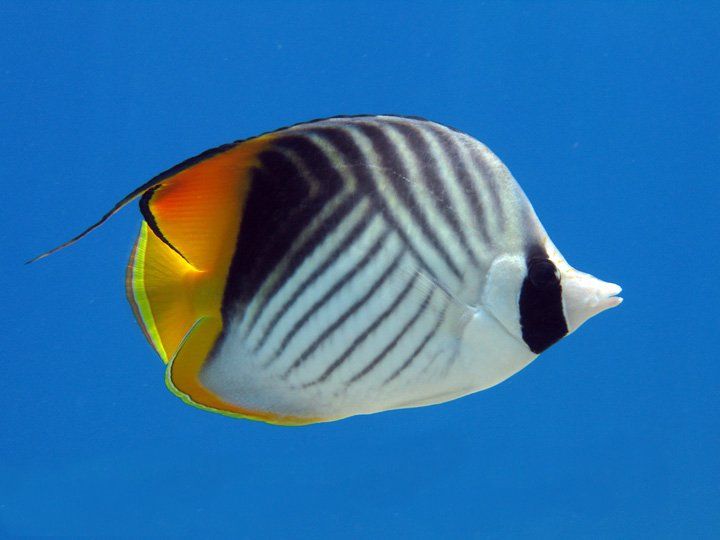 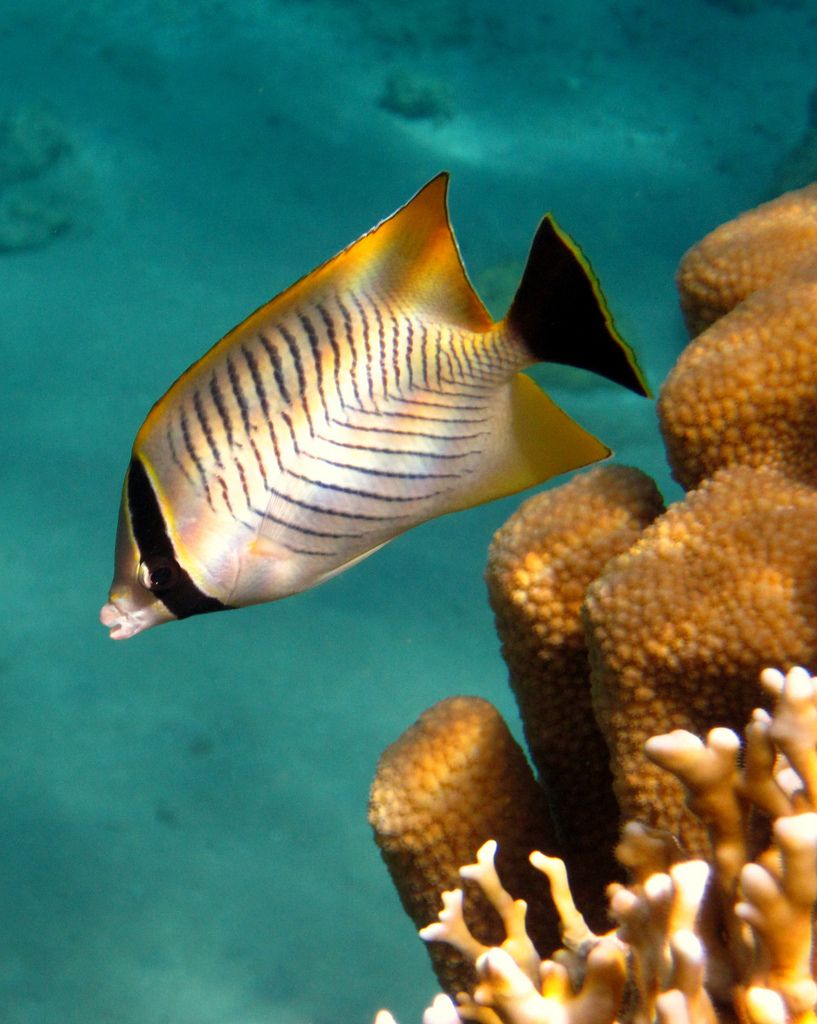 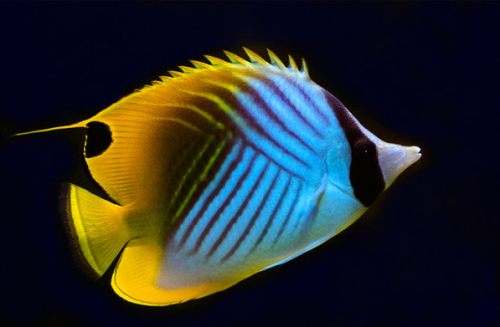 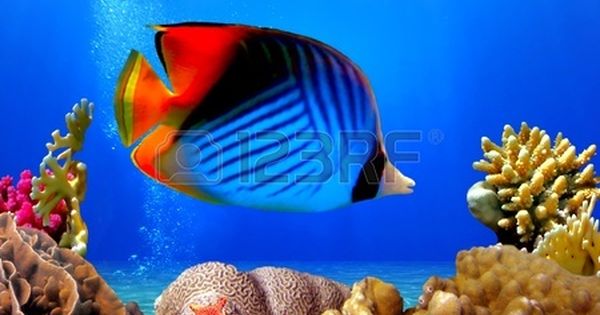 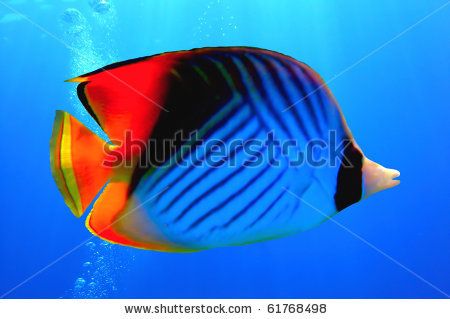 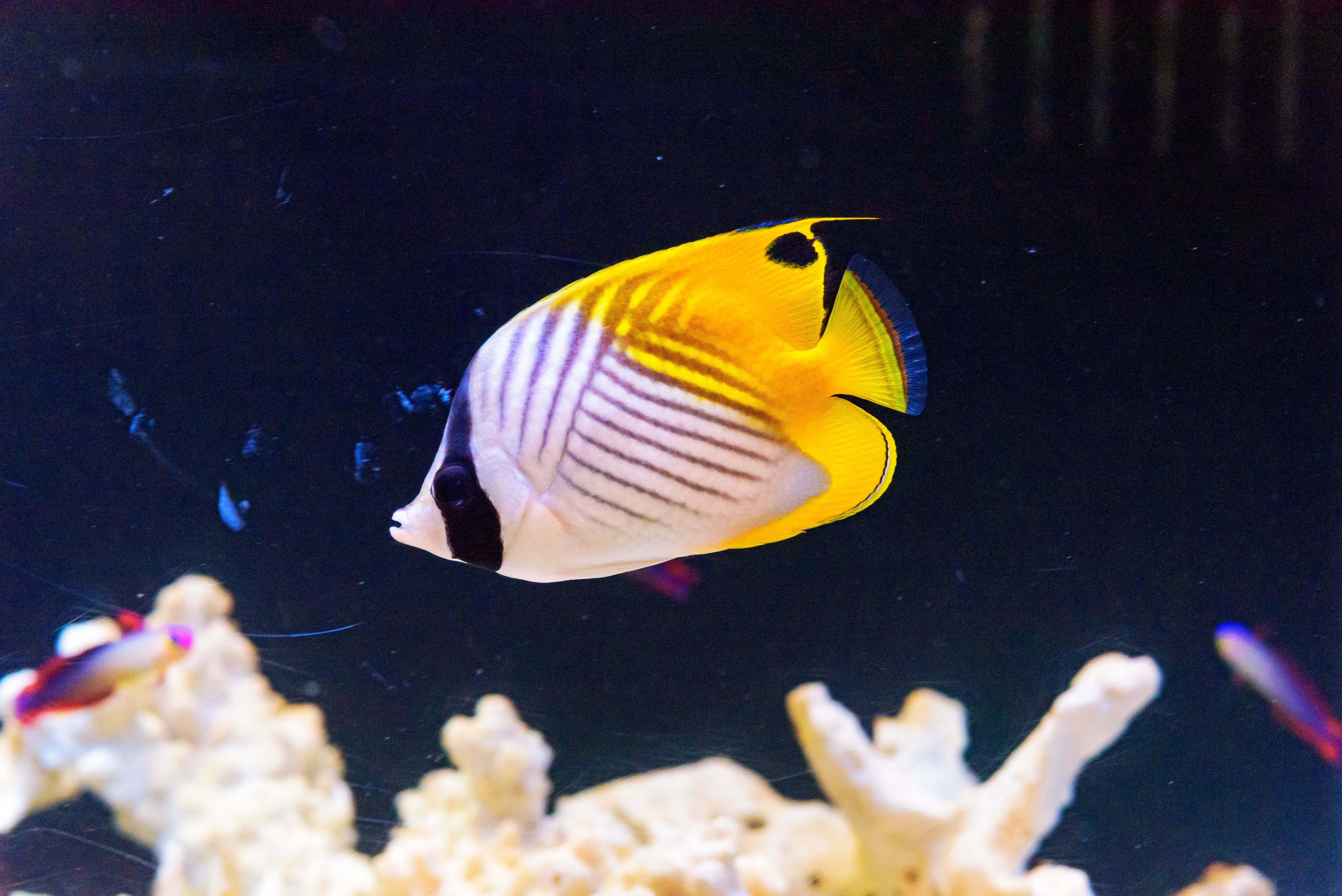